Today was another rainy day in Siena, but that’s okay. We still made the most of it.

After breakfast at the hotel, we headed out for a stroll around the city. We ended up at the Museum of Torture, which I never should have gone into. Medieval methods of torture are so awful that I get nauseous just thinking about them. Sure enough, this museum was certainly well equipped, with ancient gizmos designed to get a person to admit their guilt, suffer horribly, and slowly die.

I walked the experience off and we had lunch at Osteria Babzuf, a restaurant the hotel staff had recommended. We were glad they did – it was a small cafe, it had delicious food, and it was a comfortable, relaxing stop.

We browsed around some shops after that. An interesting butcher shop, La Bottega a Rosano, has been around for over 300 years, passed down from fathers to sons. The entire family apparently lives upstairs and it is a tiny shop, made smaller by the many types of meat hanging from the ceiling and salami displayed in the cases. Photos are not allowed – they aren’t trying to be a tourist attraction. Still, it was a fascinating place to see.

It rained off and on for the rest of the late afternoon and evening, heavily at times. We spent some time in a patisserie waiting for it to lighten up and eventually went back to our hotel. 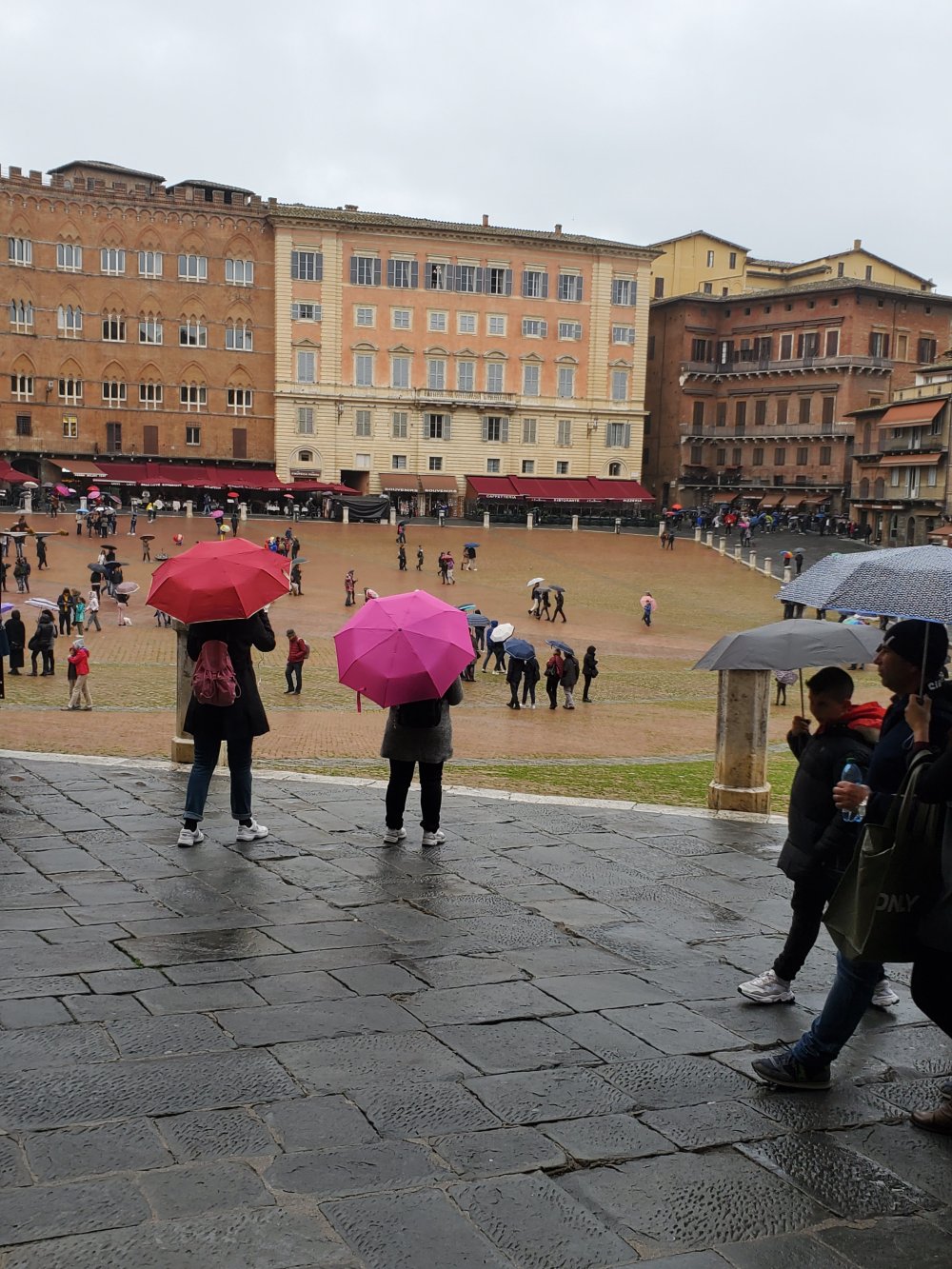 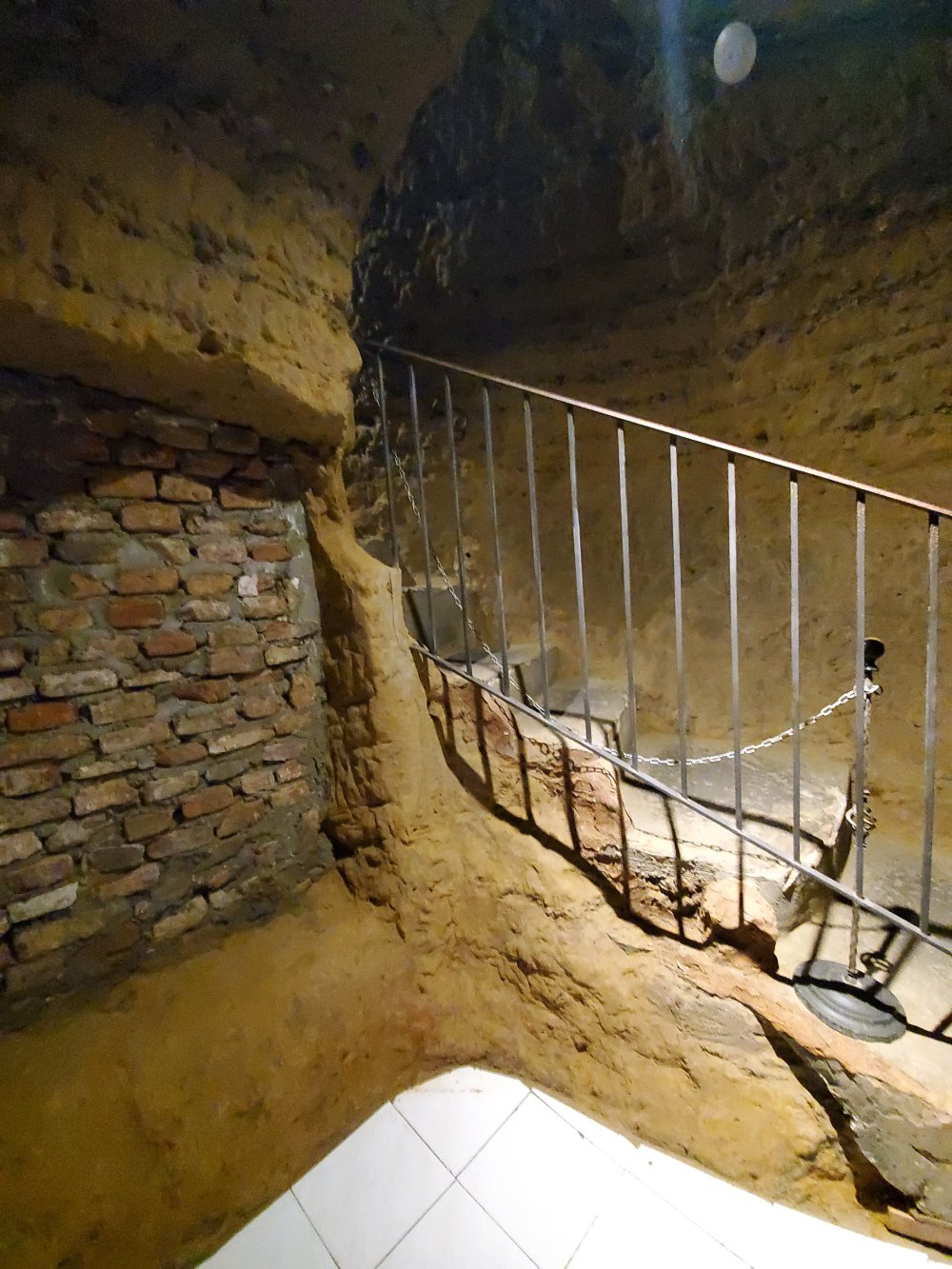 photos: fun tiny art at Osteria Babzuf; the Piazza del Campo; a room at the torture museum, I photographed none of what I saw there.