We left Vienna and headed to Salzburg today, running into some snow as we drove and then finding warmer weather in the city.

We arrived in the early afternoon. We tried the traditional Salzburg dessert of nockerl, a souffle-like pastry that is presented in three peaks, to represent the mountains surrounding Salzburg. It was very good although the serving was huge.

After lunch we explored the city which was beautifully decked out in Christmas lights.

Salzburg is said to have one of the best holiday markets in the world, so we headed there. The market was a 20-minute walk from where we are staying, across the River Salzach that runs through the city.

The crowds of people on the other side of the bridge were staggering and it was impossible to get near the booths. We left after about 45 minutes and walked back across the bridge where there was a smaller market and less people. We will go back to the big market in the morning and hopefully some of the people will still be asleep. 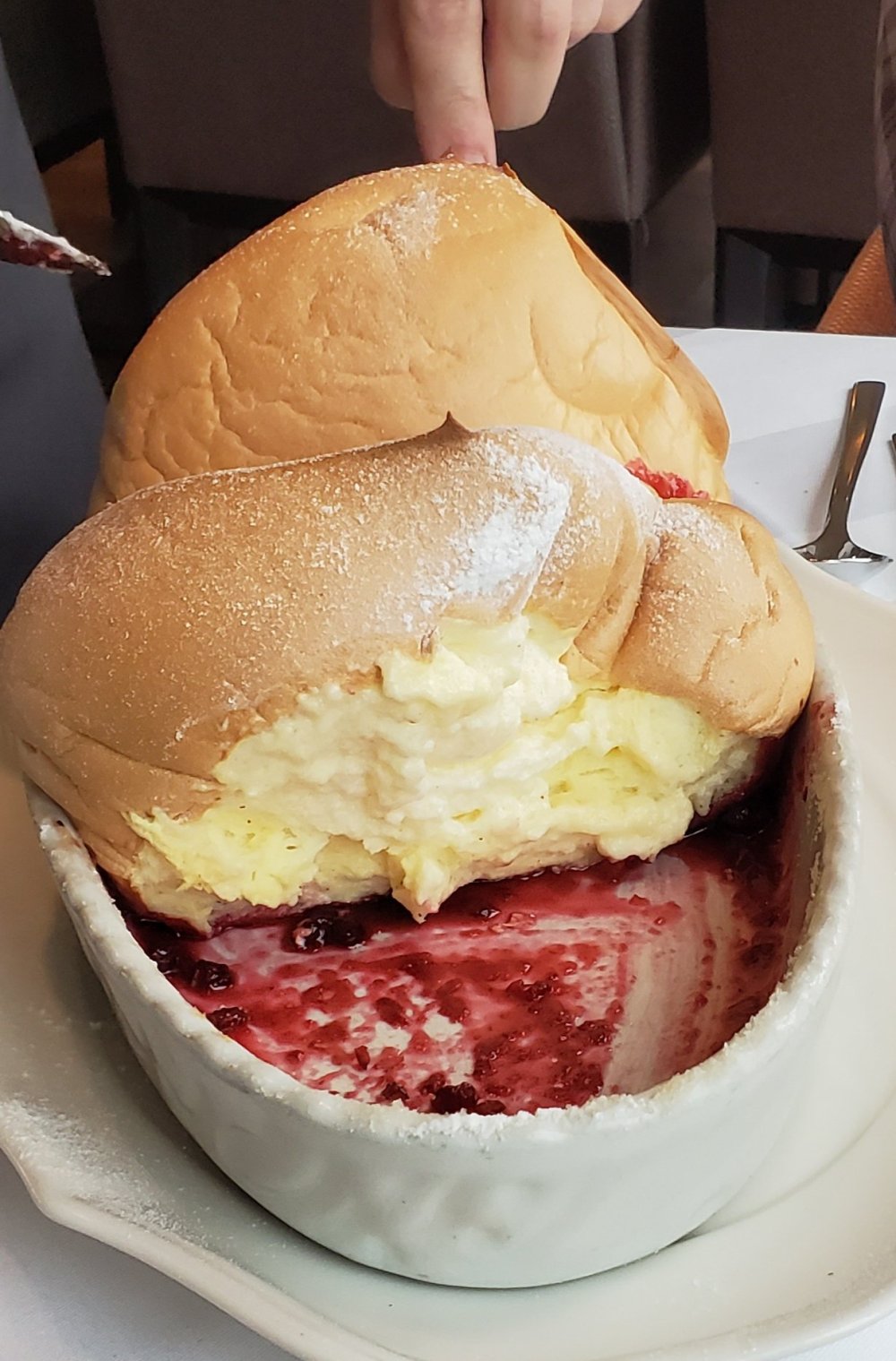 photos: The entrance to the holiday market; Nockerl – a traditional Salzburg dessert; crowas at the market