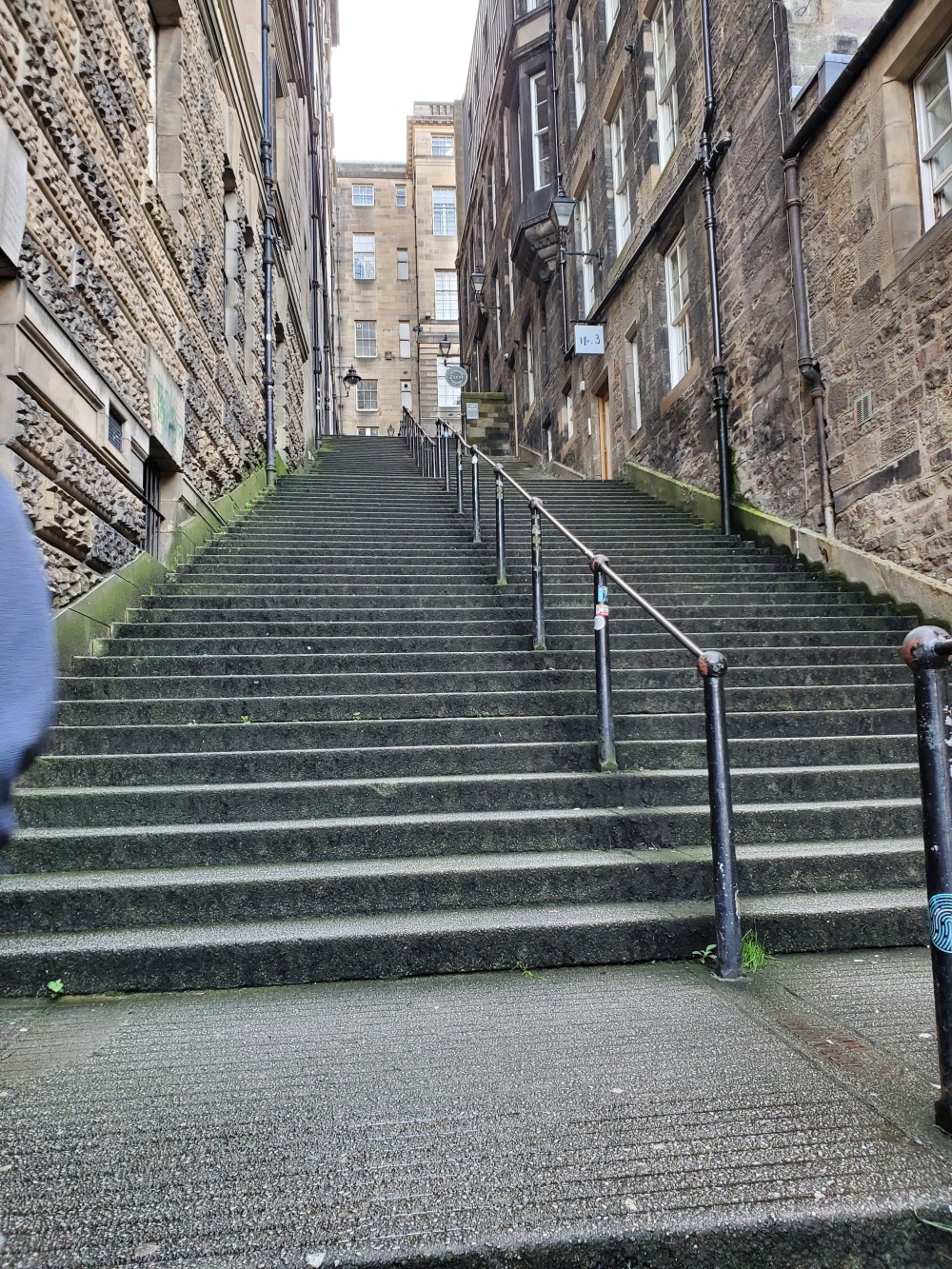 We set out exploring the city at 10 this morning after breakfast in the hotel. We wanted to Mary King’s Close, an underground alleyway where Mary King and her family lived in the 17th century. She was a “merchant burgess,” someone who represented her borough in the House of Commons.

We took a tour, going down 38 narrow steps and it was certainly interesting despite the young tour guide’s theatrics. (Unfortunately, we couldn’t take photos.)

We also visited St. Giles Cathedral, built in 1124 under the direction of King David l. The huge beautiful cathedral has a rich history that I won’t go into here.

Next we walked to Bennet’s Bar,  one of the oldest pubs in Scotland. It is notable also because it had a separate room (now used for small groups) for women to hang out and not be bothered by the men there. The room has a small window to pass drinks from the bar through. It was fascinating to see.

We stopped at Blackwell’s Bookstore, where I picked up a few books by Scottish writers.

Tomorrow we will go to St. Andrew’s by train, an hour from here.

[photos – above are some pretty steps before we got to Mary King’s Close – not the 38 I refer to.

Below is the coffee house where JKRowling created Harry Potter. We didn’t go in and it was near impossible to get a photo with people milling around. First photo was taken in St. Giles Cathedral)