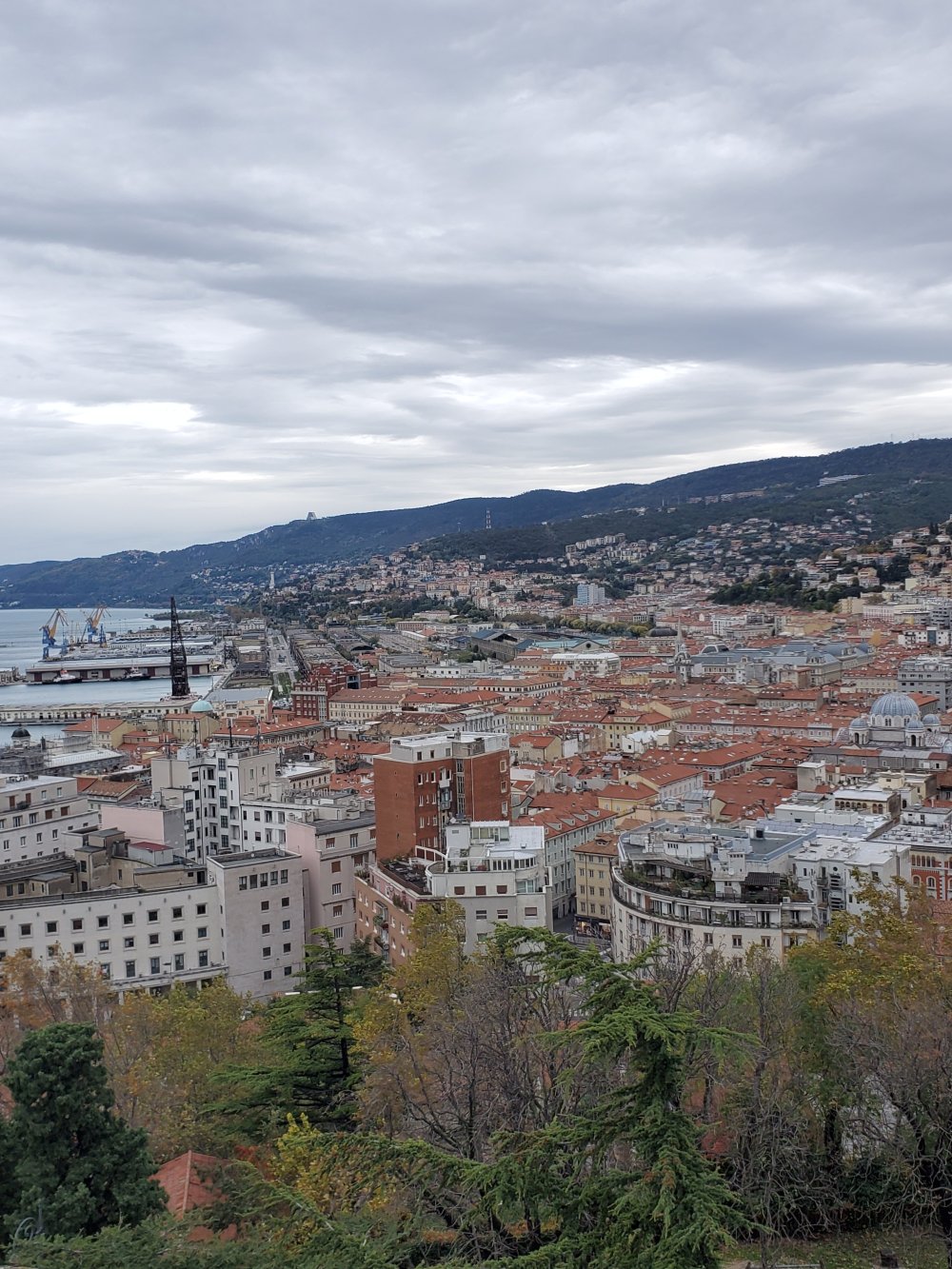 Today we visited the Castle of San Guisto, a fortress that protected the town in the late 1300s when it was under Austrian rule. Most of the castle is now a museum to display ancient armory, and the range of very old sword types is sort of startling, but impressive. Written explanations in English were throughout the armory collection, which made it more interesting.

I most enjoyed the panoramic views of the harbor from the windows of the castle and then out on the back deck (they probably didn’t call it a deck). Even with the constant rain today, it was still something to be seen. Afterwards, I met Marija, who runs the visitors center there. She wanted to talk about the Chicago Bears, who I know almost nothing about. Her husband runs football camps in Trieste and invites retired American football players to come over and participate so Marije knows many of them. She was fun to chat with.

Last night we tried to get into the Antiquarian Umberto Saba bookstore, a historical landmark I had read about and was anxious to check out. It wasn’t open when we went, so we tried back today but it was still closed. Perhaps the owner is sick, although I did read that he tends to keep his own hours despite what is posted.

On to lunch at the wonderful, charming Tavernetta. This small restaurant was fantastic – what could be better than five enticing choices written on a blackboard and a kind owner who was happy to make us comfortable.

Today we experienced Trieste’s “bora” – the intense winds that are unique to the area. When they are accompanied by rain they are called the “dark bora.” So today was a dark bora day, with winds so strong they pulled you with your umbrella. Or in the case of my traveling companion, wrecked your umbrella altogether.

photos: The castle provided the most beautiful views of Trieste; dessert- fantastic; part of the sword display at the castle museum.